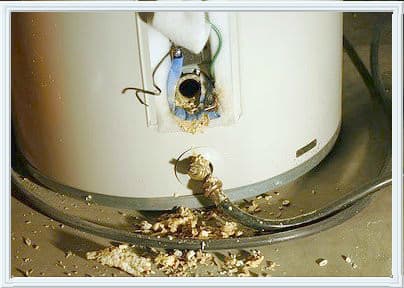 Tank Flushing: How to Do it Right

Flush tanks are a very valuable piece of the plumbing cycle since it is the main means of flushing out dirty water and replacing it with fresh and clean one. The perfect flush tank to use as an example would be the water closet of your toilet. The system performs a cycle of storing water then 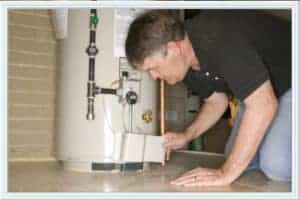 releases it and stores water to replenish what it released.  It is almost the same when someone does flush water heater Houston where water is released via a release valve to take out iron deposits.

Aside from the toilet and water heaters, tank flushing is also done to appliances that use large volumes of water like the dishwasher and washing machine.  The tank has a particular type of valve especially made for it. This is called the ballcock. When the water is released, the ballcock drops down and loosens the valve which allows water to go into the tank.  The ballcock is pushed back up by the rising water. As it goes up, it tightens the valve so that water will not be released causing for more water to be stored.

Other types of tank flushing

Flush tanks come in a variety of design. Some come in basic designs, but then there are some that may look so complicated but has the basic operational features of a regular ballcock. Plumbing Houston is an expert in handling dual flush systems in particular tanks.  This simply means that there are two choices regarding the amount of water to be released. There are two tanks filled with water. The first option here is the one tank flush wherein only water from one tank is released. The second option is where water from both tanks are used to flush. This results to a cleaner flushing since the power of the rushing water is enough to clean anything. 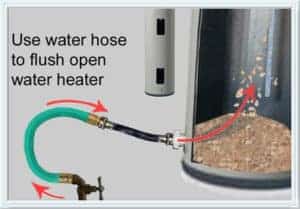 The first option is where one can save on water. It may be just water from one tank, however, this seems to be enough for regular flushing. One can save more water through an adjustment made with regards to the water level each tanks holds.

Speedway Plumbing Texas always does a splendid job with this by attaching a hose to the water release valve. By loosening the valve, water with iron deposits come pouring out. It has that rusty color. When the water starts running clear, the valve is shut close again and the tank fills up again.

Leaks are the biggest problem of all

A leaking tank is the most common problem in Tank Flushing. This can even happen to flush hot water heater Houston and is usually caused by damage to casings and other parts. However, if the problem is not fixed soon, this leak may cause the tank to crack. And worse, it wastes a lot of water.

Repairing a water tank leak or a flush water heater Houston need to have the tanks closed until it is fully repaired. This can be done easily with just a few twists of shut down tank. All you need to do is locate it and turn it close.

Why Do You Need a Good Flushing Toilet?

In decades past, people did not have flushing toilets inside their homes. As unsanitary as it may seem, people then had outhouses which was basically nothing more than a hole in the ground where people did their business. Water was poured over it in order to flush whatever waste was there. It was of course, one of the reasons why people suffered from diarrhea and other similar illnesses.

In the modern times, a good flushing toilet is for us, a basic necessity. We look for it whenever we inspect apartments and dine at restaurants or other establishments. If the bathroom and toilet is not very well maintained, people wrinkle their noses and make a mental note not to return again.

Flushing toilets are not water guzzlers like they used to be before. Modern advancements have been applied in order for water to be able to move very fast – the added pressure pushes waste down faster, instead of needing more volume. The water’s rapid movement also cleans out the toilet bowl, but not above the water line. In short, your toilet needs to push water up to a certain level in order for it to serve its purpose.

If you are curious about how flushing toilets make a difference, you should look at the parts. You should look for one that has a large glazed trapway which will allow waste and water to pass through quickly. The glazed ones keep waste from getting caught or stuck in the trapway. When this happens, not only will you have a clogged toilet, you will also have a lot of mess and bad odor to deal with.

As mentioned earlier, modifications have made so that toilets no longer use up a lot of water just to be able to flush. Newer models are able to flush with under one gallon of water. This alone can spell for every home maker a savings of about $100 per year. This amount doubles or triples if you have an establishment where people use the bathroom all the time. You see, the old toilets used 1.6 gallons of water with every single flush. Additionally, the newer toilets are more durable and can bear heavy loads better than their predecessor.

If you want to install one of these new toilets, call on the services of a professional plumbing company. Expert hands are needed in anchoring a new toilet, especially since they can weigh up to 100 lbs. Apart from the anchor, plumbers also secure the toilet with studs to give it a firmer hold on the bathroom floor.

Finally, to keep your toilets flushing and working like a well-oiled machine, you can have them checked periodically for maintenance. Most plumbing packages include toilet tank inspection and repair when they do their routine service calls.